The Importance of Steam Ships in the Valley

Before the rise of the automobile, journey by ship was the fastest and easiest way to travel in the Okanagan. The lake boats would have carried everything needed for daily life and commerce. Ships were the only reliable and efficient way for mail, people and cargo to travel.

The cargo deck of the Sicamous would have contained: fruit and vegetables from the farms and orchards, livestock such as pigs or horses, machinery or supplies for building the KVR and many other items besides. The CPR also had a contract for the mail routes, so letters and parcels would be transported inside. The upper levels of the ship were reserved for passengers. The trip from North to South would take about 8 hours (or a 16 hour round trip).

The End of Steam Ships on the Lake

A few short years after the launch of the Sicamous, life in the Okanagan began to change. The Kettle Valley Railway (KVR) line to Penticton was completed in 1915. The motorways were completed in the 1930s, and motor transportation increased in importance, further reducing reliance on the lake boats.

While the ships were still important for linking the North and the South of the lake, demand for passenger service provided by the stern wheelers dropped.  The tug boats lasted much longer, with the last one operating until 1967.

About the SS Sicamous

The S.S. Sicamous was launched on May 14, 1914. The ship was in service for 22 years (until 1936). It was a luxury vessel that was used to transport passengers and cargo to remote communities along the shores of Okanagan Lake, carrying up to 500 people at a time. There were 30 rooms for overnight stays, and a total of 5 levels. After alterations to the ship in 1935, the maximum number of guests was reduced to 260 (plus crew of 31-33 staff, plus one mail room clerk, and two express room clerks. Room and board was included with the wages).

The ship was launched in 1914 from the Okanagan Landing Shipyards, at the north of the lake. The Sicamous travelled from Penticton to Okanagan Landing with 14 scheduled stops throughout. Her luxury and beauty attracted crowds at each dock, while travelers experienced elegance in dining and service renowned by Canadian Pacific.

Today the ship is preserved on the shore of Okanagan Lake, in Penticton BC. It opened as a museum and heritage site and is cared for by a non-profit organization called the SS Sicamous Marine Heritage Society. The Sicamous is a unique part of Okanagan history and heritage.

Where did the SS Sicamous Travel?

The Sicamous travelled all along the shores of Okanagan lake, from Penticton in the south up to Vernon at the north of the lake. There were 14 scheduled stops throughout, and the ship could also make unscheduled stops at smaller settlements (the residents would stand on the shore and wave a white flag, or light two fires at night, to get the attention of the Captain!) The Sicamous would depart from Penticton at 5:30am every day, except Sundays. Weather and schedule permitting, it would be back in Penticton by 8pm each night.

Map of the stops and Landings on Okanagan lake; From a vintage brochure published by Canadian Pacific Railways. The thick line shows the train routes, the thin dotted lines show the lake boat routes. The Sicamous would depart from Penticton – then on to Arawana (Naramata) – Summerland – Peachland – Gellatly – Kelowna – Okanagan Centre – Nahun Landing – Ewing Landing and lastly – Okanagan landing, where passengers could board a train to Vernon.

Why is it called the SS Sicamous?

Canadian Pacific Rail (CPR) had a tradition of naming their ships after the communities they served. There was an important railway station in Sicamous BC, and this is where our ship got her name. Over the years the CPR also launched an SS Kelowna, SS Naramata, SS York, SS Okanagan, SS Slocan, SS Kootenay, SS Moyie and SS Revelstoke too.

Did you know? The SS in each of these names stands for Steam Ship.

How fast could the ship travel?

The Sicamous could reach top speeds of 18 knots (21 mph)!  To reach these speeds, the coal boiler burned up to 17 tons of coal each day. All this coal had to be shoveled by hand. Water was sucked up from the lake and turned to steam by the heat of the fire. If you visit the ship you can see the pokers, shovels and rakes that they would have used.

What was it like to travel on the Sicamous?

Food: Canadian Pacific was renowned for its 5-star service. Food was grown locally in a company owned garden in Penticton or sourced from farms and ranches in the valley. Everything was cooked from scratch in the kitchens below and sent upstairs by dumbwaiter. Electricity and Hot Water: Unlike many homes in the valley the Sicamous had electricity and hot running water too. Electricity was generated by steam from the boiler and was used to light the rooms and cabins. There were large bath tubs, and guests could pay 50 cents for the luxury of a hot bath. Overnight Rooms: The Sicamous didn’t actually travel over night, but it did leave very early in the morning. To save time, many guests would board the evening before and book a room for the night, to avoid getting up so early. You could book a bunk, a double sized bunk or a whole state room, depending on your budget and the size of the party. Passengers travelling on board the S.S. Sicamous (circa 1920). These guests may have been on the ship as part of a longer journey by train, or they may have been on board for a leisurely day trip on the lake. 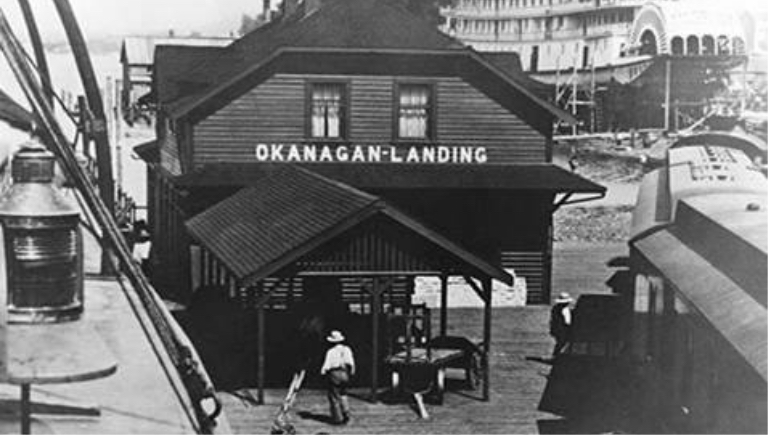 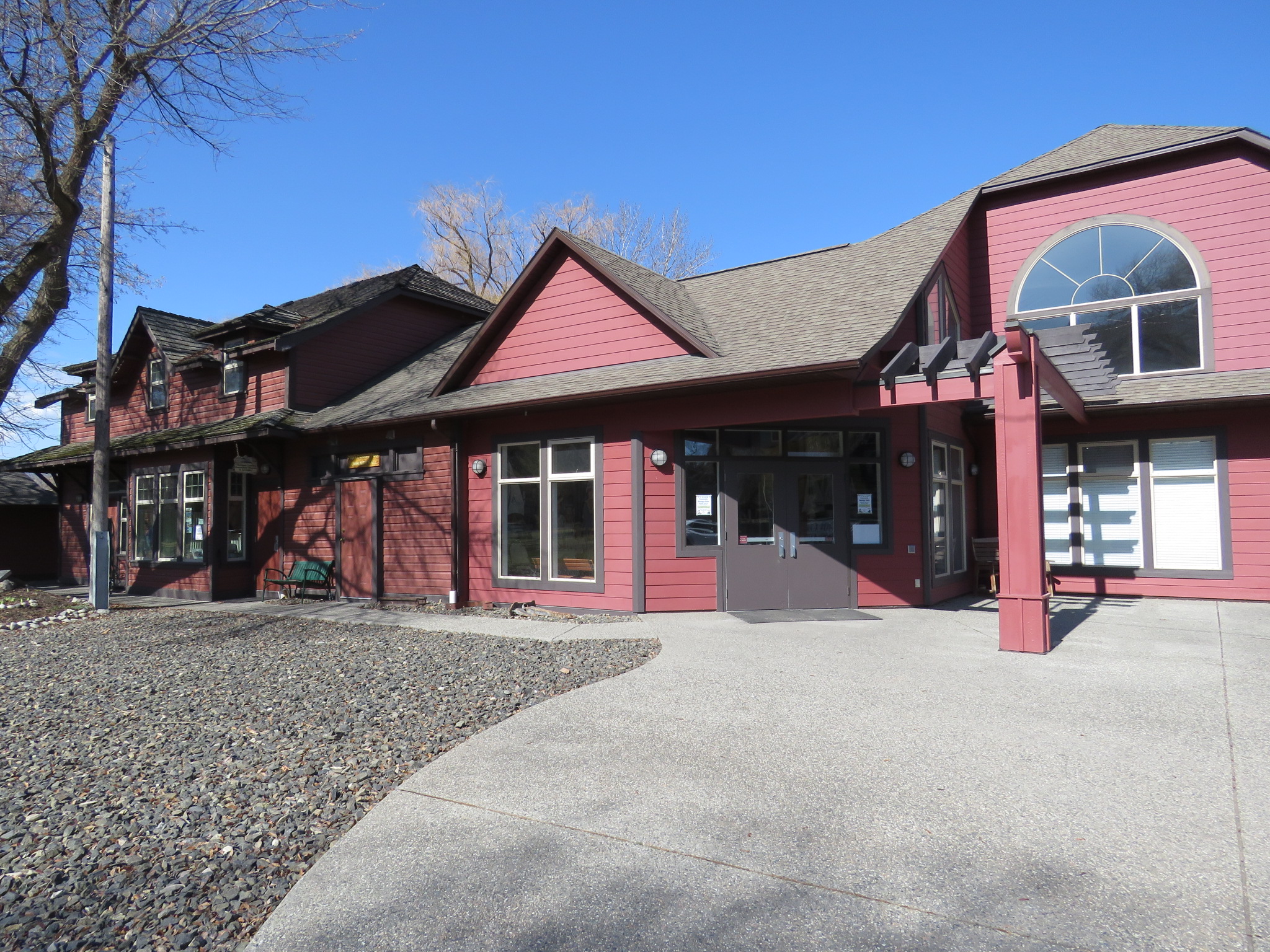 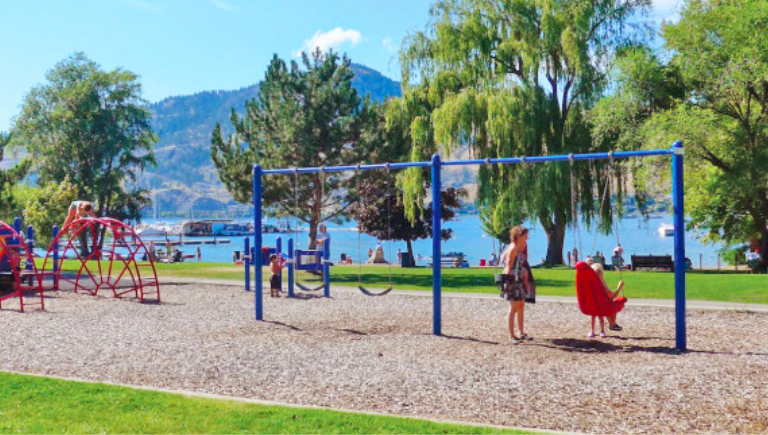